The Cornegliano Laudense Seismic Network recorded today, 17/12/2020, a seismic event that occurred in the province of Milan at (UTC) 15:59:22 (Italian 16:59:22). Initial analyses identify the source of the earthquake in Pero (MI) at a depth of about 50 km and attribute ML magnitude equal to 3.9 to the event. (fonte:terremoti.ingv.it).
The seismic signal produced by this earthquake is clearly visible in the recordings of the Cornegliano Stoccaggio seismic network. Below we show, as an example, the waveforms of the event recorded at the stations of the RSCL network on the same day. The event is part of a recognised low-level seismicity between the rivers Ticino and Adda. Recent re-elaborations of the data collected by several monitoring networks (Schibuola et al., 2020, carried out as part of the in-depth study carried out for the seismic monitoring of the Cornegliano Laudense site) have identified from 1985 to 2019 the presence of some earthquakes of ML less than 3.5, occurred at depths similar to that of 17 December 2020 (Figure 2). In the map and section shown in Figure 2, the 17 December event is indicated with a white/grey arrow. At greater depths, corresponding to the lower crust, the May 1951 events presumably also originated (Caviaga earthquakes, Caciagli et al., 2015), occurring at a greater distance from Milan, leading to the V-VI MCS in the metropolitan area CPT15 (Rovida et al., 2016). 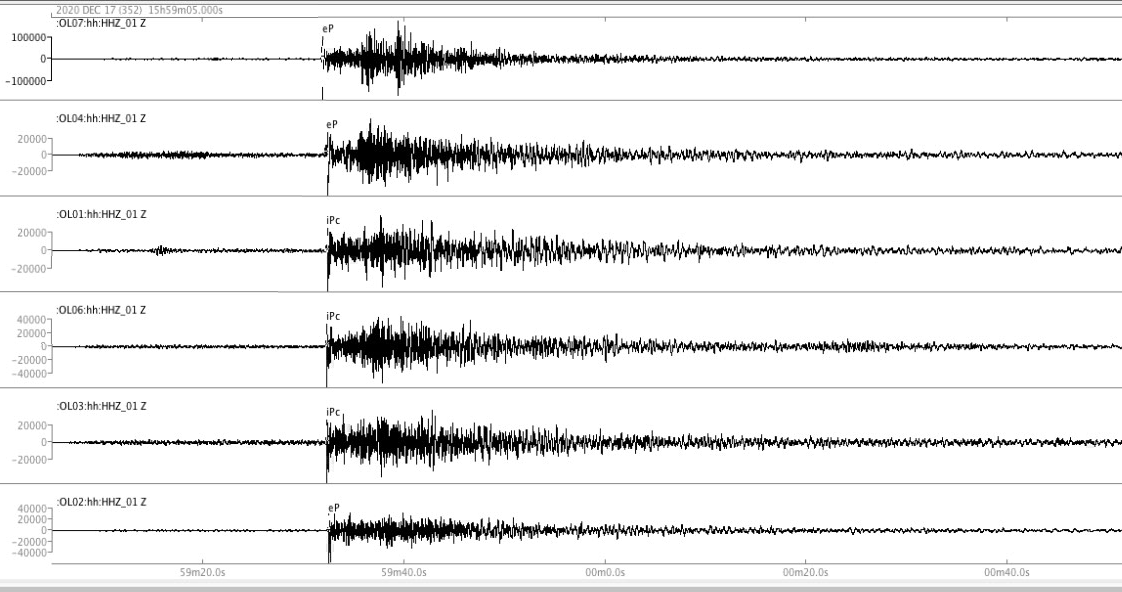 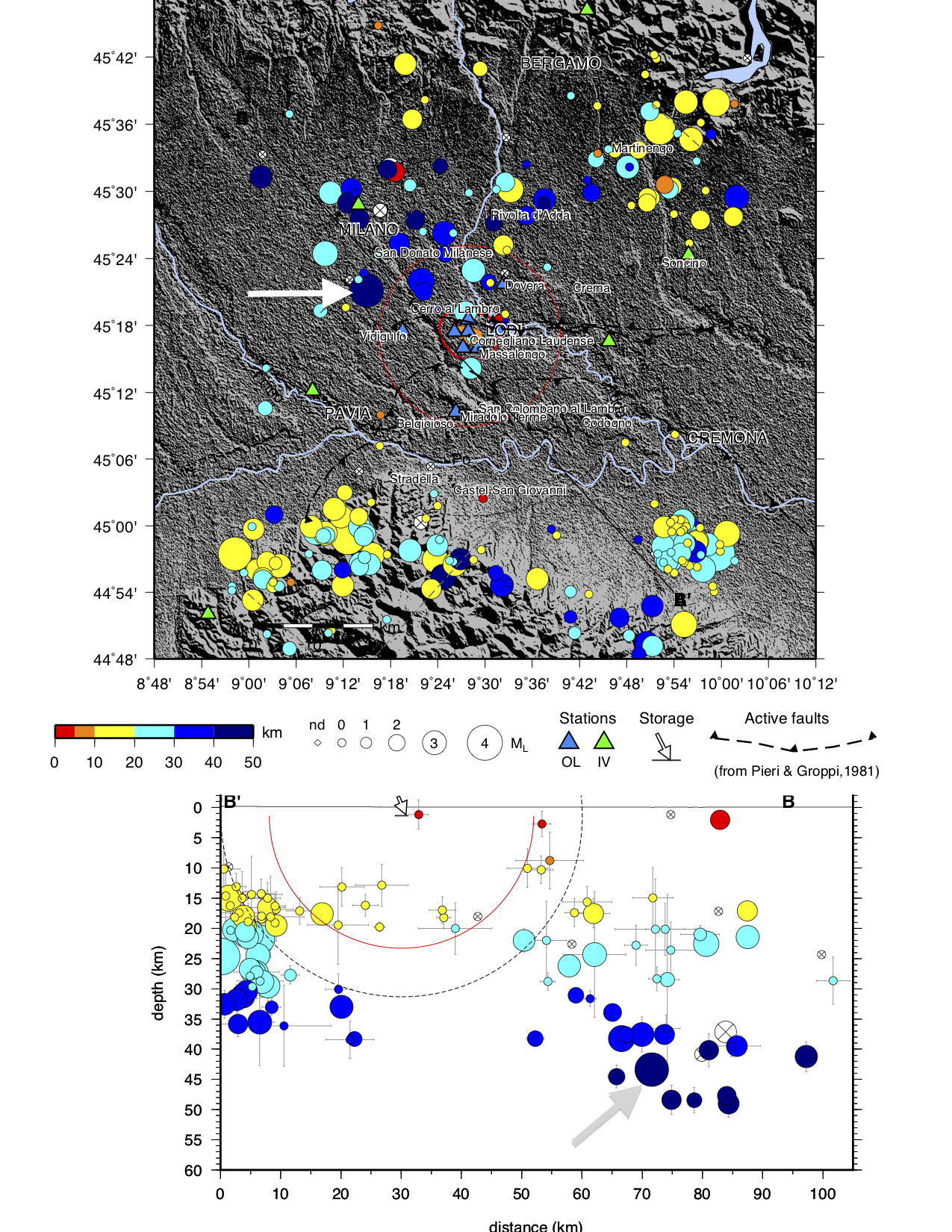