The Po Valley was formed starting from the Cretaceous sea as a result of complex geodynamic processes linked to the progressive migration of the African plate towards the European plate. This valley is characterized by alluvial sediments, which reach a maximum thickness of approximately 8 km and were deposited by the Po River and its tributaries coming from the southern Alpine and northern Apennine slopes. Figure 1 shows a simplified geological-structural map, as described by Vannoli et al. (2014). 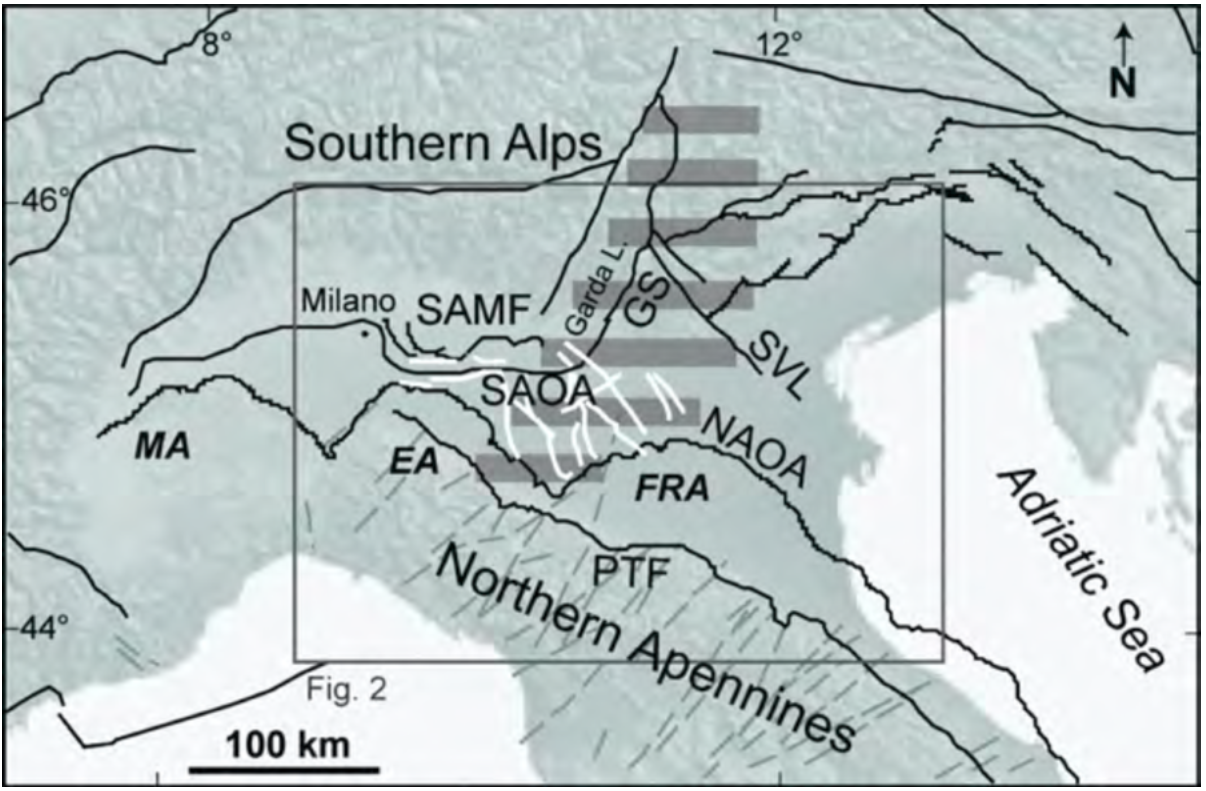 Even today, the southern Alpine front and the northern Apennine front are moving towards each other in an approximately N-S direction at an average estimated rate of 1-3 mm/year, causing crustal shortening that exerts compressive force on reverse faults located both at the foot of the Southern Alps and at the foot of the Northern Apennines. Below the sediments of the Po Valley, there are thus active tectonic structures capable of generating earthquakes, as evidenced both by the occurrence in the area of important historical earthquakes and by instrumental seismicity. In almost all cases, the faults in the Po Valley are blind; i.e., they do not reach the surface and hence cannot be identified by surficial geological-geomorphological surveys.

According to the Database of Italian Seismogenic Sources (DISS; Basili et al., 2008; DISS Working Group, 2015), the area to be monitored (yellow rectangle in Figure 2) does not intersect any of the seismogenic sources recognized to date. However, within a distance of approximately 10 km from the study area, there are the composite source ITCS002 towards the NE, belonging to the outer arch of the Southern Alps (SAOA), and the composite source ITCS044 towards the S, belonging to the Emilian arch (EA). 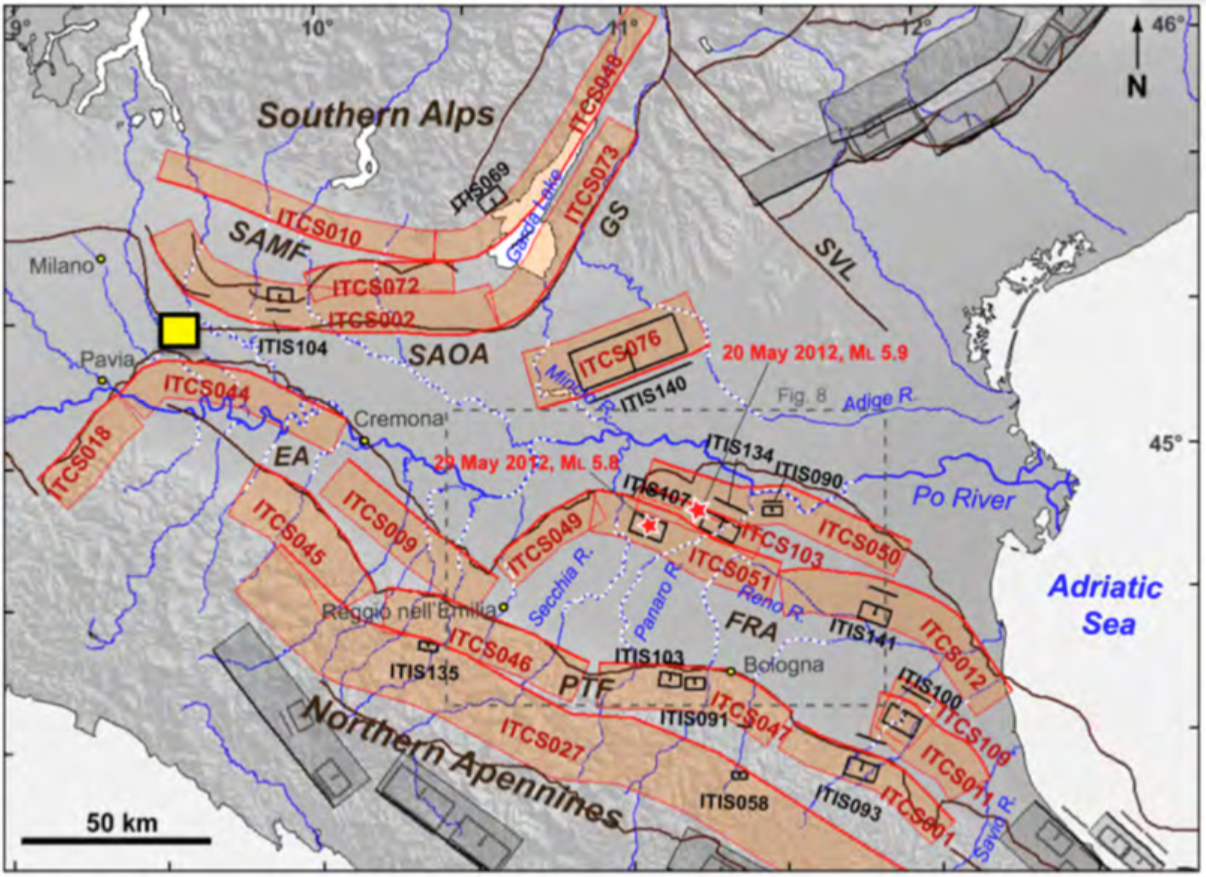 The area is characterized by weak to moderate seismicity. Table 1 summarizes the main historical and instrumental earthquakes reported by CPT15 (Rovida et al., 2016) within approximately 50 km of the plant. The only earthquake of real interest for the area of Lodi is that of 15/5/1951, also known as the Caviaga earthquake. Until very few years ago, it was believed that this event was caused by gas extraction activities in the area (Caloi et al., 1956). However, more recent studies have redetermined its location, with the hypocentre at a depth of more than 30 km (Caciagli et al., 2015), in a position compatible with a fault inherited in the rocks of the crystalline basement. Therefore, today, this earthquake is attributed to a tectonic and not an anthropogenic origin.

For more details, please refer to the "Seismicity detected" section of this website, to the "FAQ", or to the "Reports" in the "Data and Documentation" section.

Table 1 - Earthquakes taken from the CPTI15 catalogue (Rovida et al., 2016) for the area of interest for Cornegliano Laudense monitoring. The last three parameters represent Np, the number of points in the macroseismic field used to define the event in the absence of instrumental recordings; Imax, the maximum observed macroseismic intensity; and Mw, the moment magnitude (estimated or derived instrumentally).