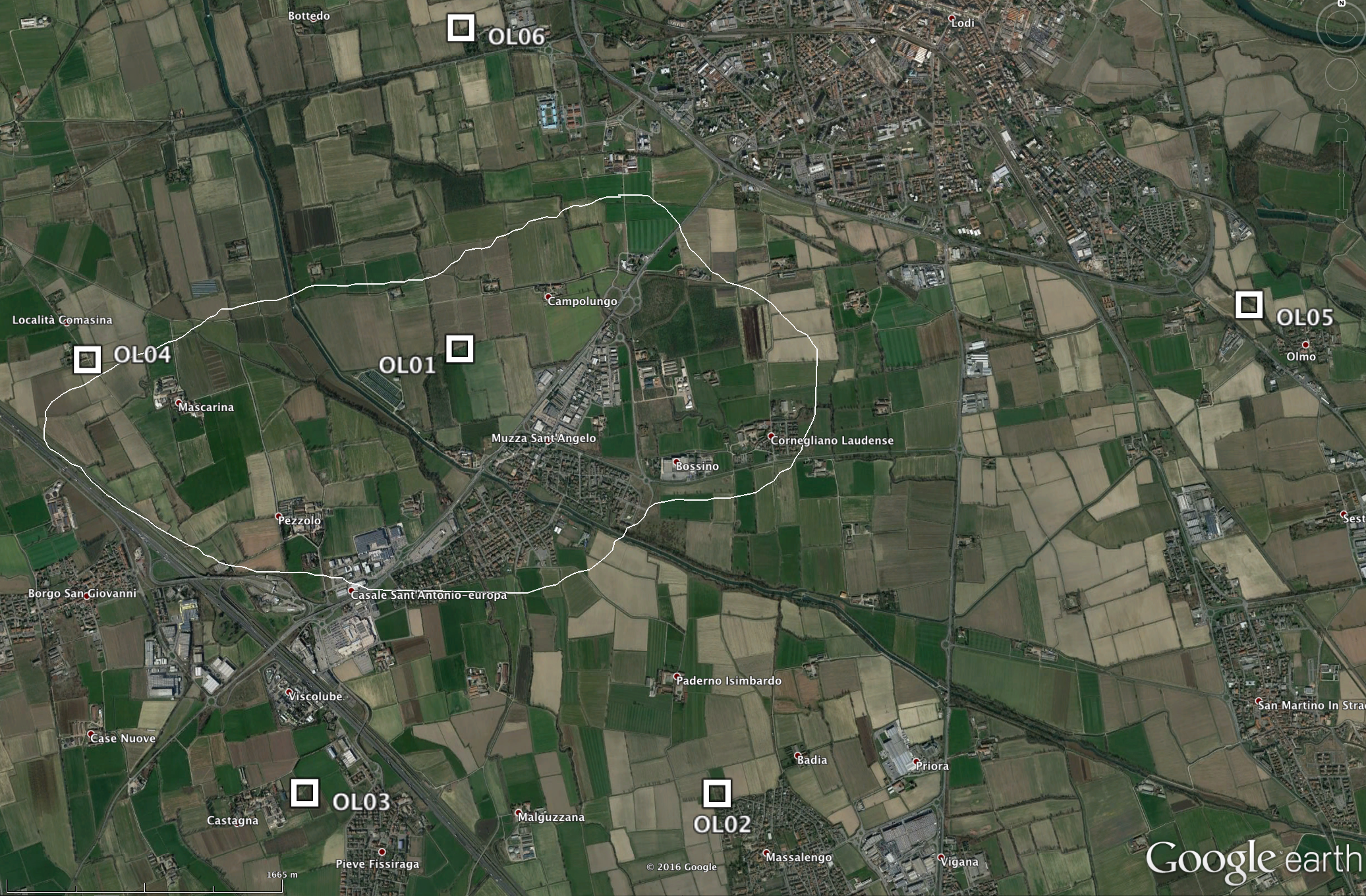 Figure 1 - Map of the seismic monitoring network for the Cornegliano Laudense storage concession. Detail of the inner core of the network. The white squares represent the stations of the network (abbreviation OL). The white polygon approximately represents the area corresponding to the reservoir. 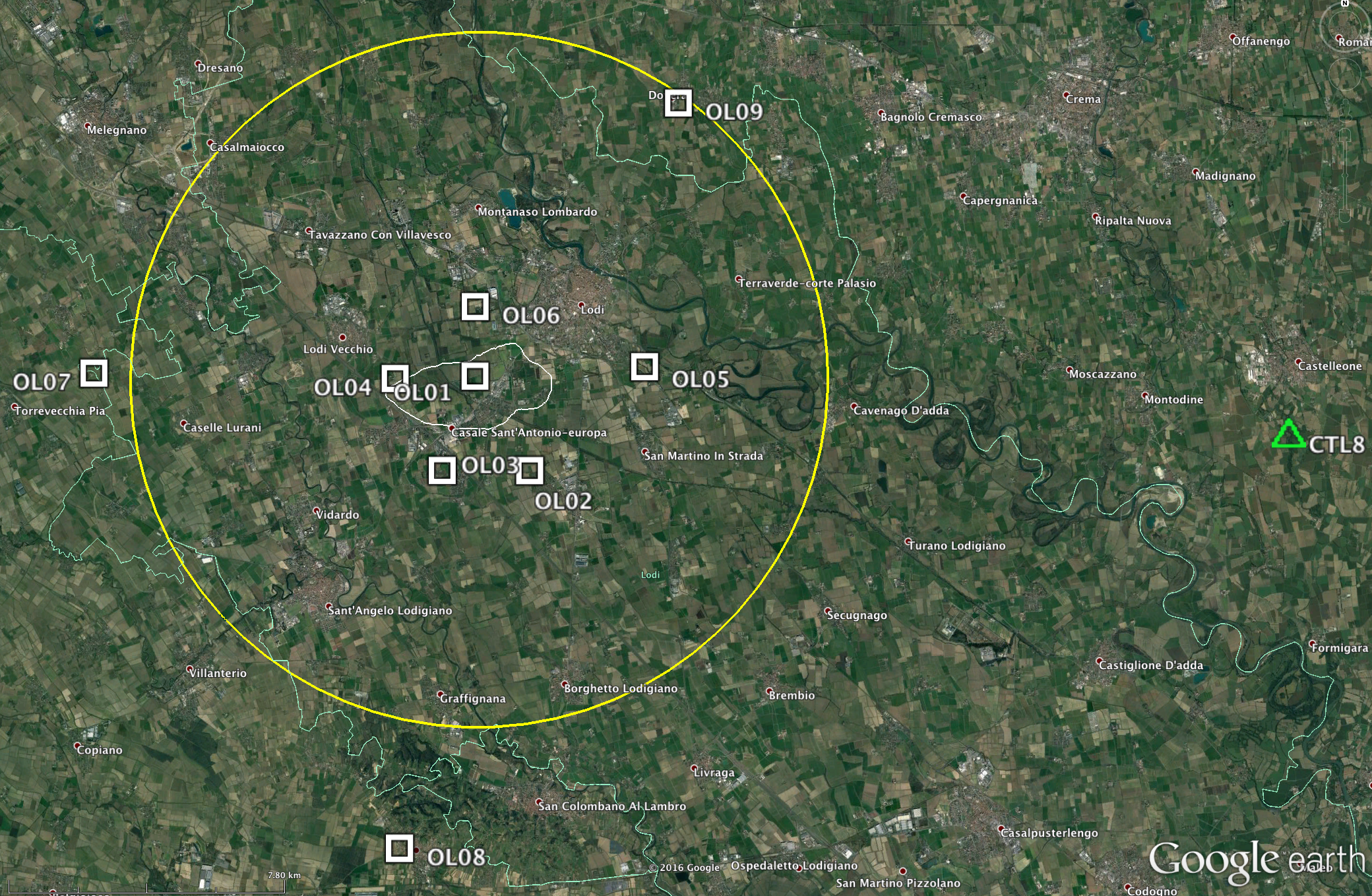 Figure 2 - Map of the seismic monitoring network for the Cornegliano Laudense storage concession. Overall view. The network consists of the nine stations represented by white squares integrated with the CTL8 station of INGV, represented by the green triangle. The yellow circle indicates a distance of 10 km from central station OL01.

The Cornegliano Laudense Seismic Network (RSCL) was designed with the aims of providing a control and studying both the microseismicity possibly induced by storage activities in the natural reservoir and the natural seismicity in the area surrounding the reservoir. The network combines two features: (1) instrumental characteristics of high dynamics suitable to ensure the recording of medium-strong earthquakes associated with seismogenic sources (known or assumed) in the area and (2) the prerogatives of high sensitivity required for a microseismic monitoring network that must ensure the best resolving power to the depths and along the geometries of the permeable horizons characteristic of the natural reservoir. The realized network has a geometry that focuses on the area corresponding to the reservoir, where the spacing between the stations is 4-5 km and widens gradually, allowing a harmonic connection with the regional seismic detection networks managed by the OGS and the Centralized National Seismic Network managed by INGV. In addition, this network is equipped with an adequate number of stations to ensure monitoring even in the case of temporary malfunctions of some instruments or communication networks. The network has been designed to allow the detection of weak events (0.0 ≤ M ≤ 1.0, or sometimes even negative values) within the reservoir and in the immediate vicinity, as well as the complete recording of medium-strong events (M ≥ 4.5) throughout the study area. It provides such high-quality data that various factors are possible to determine in perspective: localizations and estimates of precision magnitude, source studies to link the characteristics of energy release with the state of pressure inside the reservoir, tomographic analysis to define the existing sub-surface velocity structures, variations in local elastic parameters over time and their possible relationship with the seismic activity of nearby seismogenic structures.

For further information, please refer to "Relations" in the section "Data and Documentation".